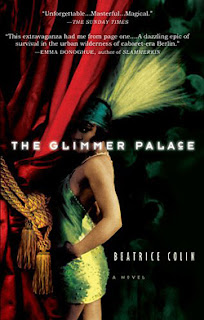 In the tradition of Michel Faber and Sarah Waters, a literary historical novel about an orphan girl’’s journey from poverty to film stardom, set against the grand backdrop of World War I Berlin, the cabaret era, the run-up to World War II, and the innovations in art and industry that accompanied it all. Big, rich, intelligent, and masterfully written, here is a page-turning story of glitter and splendor, drama and love, friendship and identity, and an illuminating account of a period of history that foreshadowed much of the twentieth century. As the clock chimes the turn of the twentieth century, Lilly Nelly Aphrodite takes her first breath. The illegitimate, orphaned daughter of a cabaret performer, she finds early refuge at a Berlin Catholic orphanage. From there follows a lifetime of reinventions, from orphan to maid, war bride, tingle-tangle nightclub girl, and script typist. Her eventual transformation into one of Germany’s leading silent-film stars, and a partner in a remarkable romance that crosses decades and continents, could ultimately cost her everything she has worked for. Gripping and seductive like few other literary novels, The Glimmer Palace showcases the glamour, spectacle, and theatrical energy of the brief heyday of the Weimar Republic, while at the same time telling the story of that other great twentieth-century illusion cinema.

This book was a great finish to 2010. It takes place in 20th century Germany and has a lot of historical content as well as a lot of personal stories. The main character is Lilly Nelly Aphrodite, whom we follow throughout the book, starting from the day she was born. I can sum it up like this: she grows up in an orphanage, then she has to leave when the orphanage is closed down, and then she becomes a movie star. And, of course, there are quite a bit of people who walk in and out of her life along her life. The writing is absolutely beautiful. It’s amazing how Collins can make you smile even when reading about such hard, sad times. It shows a different side of quite well-known times, and it does it rather well. Hanne Schmidt, whom Lilly befriends at the orphanage, is a character that comes and goes into Lilly’s life. She’s kicked out of the orphanage and then later separated from her brothers, which leads to quite a messed up personality. I felt for Lilly and was mad at her at the same time when she kept waiting for Hanne when it’s obvious she has a tendency to disappear. Another character I found interesting was Eva. She and her brother Stefan meet Lilly right after she leaves her job as a maid for a countess, when they hit her while driving. How Eva felt about Lilly and her relationship with Stefan was given out pretty clearly, but I thought she was evil for doing what she’d done. One thing I enjoyed a great deal in general was the foreshadowings throughout the book. It made me want to keep going and find out the details of what was to happen. I highly recommend this to everyone, especially to those who are fans of historical fiction. 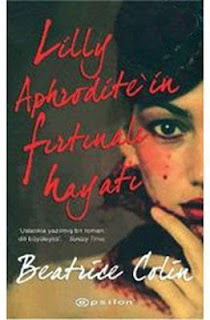