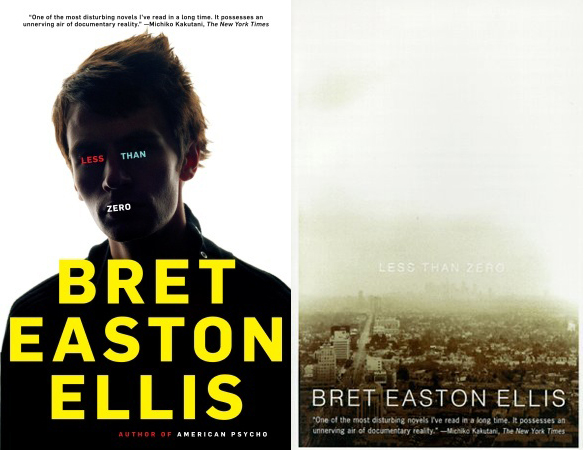 Set in Los Angeles in the early 1980’s, this coolly mesmerizing novel is a raw, powerful portrait of a lost generation who have experienced sex, drugs, and disaffection at too early an age, in a world shaped by casual nihilism, passivity, and too much money a place devoid of feeling or hope. Clay comes home for Christmas vacation from his Eastern college and re-enters a landscape of limitless privilege and absolute moral entropy, where everyone drives Porches, dines at Spago, and snorts mountains of cocaine. He tries to renew feelings for his girlfriend, Blair, and for his best friend from high school, Julian, who is careering into hustling and heroin. Clay’s holiday turns into a dizzying spiral of desperation that takes him through the relentless parties in glitzy mansions, seedy bars, and underground rock clubs and also into the seamy world of L.A. after dark.

I first read this book ten years ago when I was 18, my first year in college far, far away from home. What made me want to read it was seeing that it was a book about someone my age at the time coming home on his Christmas break. I was to experience the whole “coming home for Christmas” ritual for the very first time in my life, and I thought I’d find out how it was for somebody else, even though he was fictional. Little did I know that none of my ‘coming home’s would be like this one.
The story takes place in the 80’s, revolves around the 18-year-old Clay, who goes to college on the East Coast and comes home to LA on his Christmas break. He gets together with his family, his girlfriends and his friends from home. They’re all rich kids, sons and daughters of people in the movie business, and as you read more, it seems like all they do is drink, take drugs and watch MTV. Then as they interact more and more, events start to unfold, obviously. Some make you uneasy, some make you think and some are just plain disturbing.
Less Than Zero once again reminded me of Albert Camus’s L’etranger, which is one of my favorite books of all time. These characters don’t have a purpose in life (at least they really seem not to), but their actions lead them to situations that they didn’t necessarily sign up for. The silver lining, of course, is that they couldn’t care less. When this integrates with Ellis’s simple yet strong, raw writing, you can’t help but get sucked in and find yourself caring for the mostly ‘on-the-surface’ type characters.
I decided to re-read it before I read Imperial Bedrooms by the same author, which focuses on the same characters 25 years later. I’m glad I did because even though there are parts of it I vividly remembered to this day, there were some that escaped my memory.
I have a feeling you’ll either like this book a lot or simply hate it, but I do believe it’s worth giving a shot.
P.S. I also recently heard that this was made into a movie in 1987, which I’m going to check out.
]]>