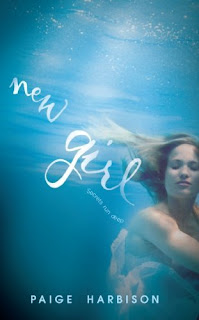 Welcome to Manderley Academy
I hadn’t wanted to go, but my parents were so excited…. So here I am, the new girl at Manderley, a true fish out of water. But mine’s not the name on everyone’s lips. Oh, no.
It’s Becca Normandy they can’t stop talking about. Perfect, beautiful Becca. She went missing at the end of last year, leaving a spot open at Manderley—the spot that I got. And everyone acts like it’s my fault that infallible, beloved Becca is gone and has been replaced by not perfect, completely fallible, unknown Me.
Then, there’s the name on my lips—Max Holloway. Becca’s ex. The one boy I should avoid, but can’t. Thing is, it seems like he wants me, too. But the memory of Becca is always between us. And as much as I’m starting to like it at Manderley, I can’t help but think she’s out there, somewhere, watching me take her place.
Waiting to take it back.

I received an ARC copy of this book through NetGalley.
In the beginning, what sold me on this book is seeing “Manderley.” Daphne Du Maurier’s Rebecca is one of my favorite books, and when I hear Manderley, I instantly think, Last night I dreamt I went to Manderley again… What I didn’t realize was that New Girl IS actually a retelling of Rebecca, which is very exciting…
Lately I’ve been very careful about choosing Young Adult titles because I feel most of them are a repetition of one another. This, however, did not disappoint me; it was different, and it did a very good job of paying tribute to one of the much-loved classics of all time. The main character is a pretty regular teenage girl from Florida who ends up at Manderley Academy, a boarding school far, far from her home. This isn’t a troubling situation as you think because apparently she dreamed of going to boarding school when she was younger, and her parents made it happen when there was an opening at the school.
For those of you who haven’t read Maurier’s Rebecca, I don’t know how you might picture Manderley, but the image I head in my head the entire time was what Du Maurier had created. And, I must say, it worked very well with the story. The main character’s name isn’t mentioned toward the end of the story, so I’m not going to tell you what it is. She (the main character) finds out when she arrives at the school that she’s a replacement for a girl who had disappeared. Her name was Becca, she dated the most popular, unattainable boy at school, and she was loved by everybody. Becca’s friends, some cruel, some alright, very much treat her as a replacement, which doesn’t help her “new girl” status at all.
We get the present story from the New Girl’s point of view, and Becca tells us what’s happening when she was around. This I enjoyed a great deal because it gives great insight to the story itself. It’s interesting to see how very different yet the same the two girls are. Apart from being attracted to the same boys, sharing the same room, bed and roommate, they’re both insecure in their own skin. New Girl, however, stands up for herself and tries to find reasoning behind people’s behavior against her. She doesn’t lash out right away, until she’s very much fed up, and that I quite appreciated. Let’s face it, who likes a “Me! Me! Me!” type, whiny and self absorbed teen, right?
Right, but that’s exactly the type of teenager Becca is. She wants to be adored, wants to be the most popular, date the hottest guy in school because he’s unattainable while she sleeps around with his best friend… I must admit I also appreciated the author not trying to hide the fact that teenagers DO have sex whether is right or not. I’m not going to name names, but some YA authors go out of their way to keep the sex out of the picture. This is very unrealistic when we know and THEY know what’s actually going on.
Other than that, New Girl is a story about the relationship between these kids, and what certain kinds of situations will do to people’s lives. I think Harbison did a great job with the flow of the story, and I very much enjoyed the suspense and the complications. You’re gonna want to read this till the end even if just to find out what New Girl’s name is.
On a different note, the one thing that really bugged me about the story was how and why New Girl ended up at Manderley Acamedy. I’ve mentioned before that she had wanted to go to boarding school at one point. But her reasoning for it was that she watched Harry Potter, and boarding school looked cool. Well, I’m sorry, but I don’t think Harry Potter makes anyone yearn for boarding school unless one’s absolutely sure it’s a school of witchcraft and wizardry.
New Girl by Paige Harbison will hit the shelves on January 31st.
]]>