Today's YA authors could learn a thing or two from A.M. Homes 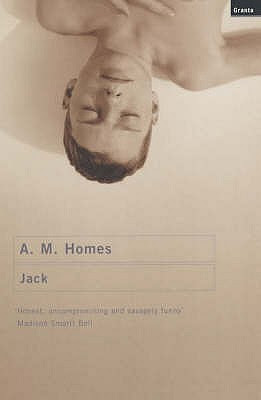 A.M. Homes’s first novel Jack is the third book I’ve read by the author. I’ve added her to my “favorite authors” list after the second one, and I’m very excited to read the rest of her work. She’s brave and very crafty with her use of language and emotions. She focuses on characters that are trying to discover themselves as well as those around them. She’s very skilled in observing and analyzing human behavior, which is very obvious in her catching the little things the naked eye (and heart, really) would never take notice of. 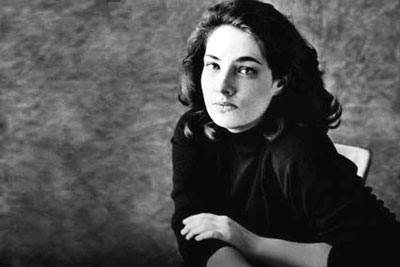 Jack, written in 1989, made me wish YA authors today wrote books like this one. I’m a fan of the paranormal YA novels mostly, but this is something completely different. Jack is a 15-year-old kid, who’s also the narrator of the book. When you think about the YA books today, you might instantly be irritated when you see his age, but don’t be– Homes’s writing will make you feel for him even if you don’t like him. And the story is about Jack’s efforts to find himself and discover those around him after his parents split.
After his parents are separated, Jack’s father one day reveals to him that he’s gay. His mother starts working in real estate after the separation and living with a man called Michael. Jack only wants to live a ‘normal’ life like any other kid, or adult, would. Especially after his father leaves, Jack spends a lot of time at his friend’s Max’s house. In Jack’s eyes, Max’s is a ‘normal’ family. But he does realize later that they too have their problems, and there’s no such thing as a perfect family.’
At first, Jack hates her father being gay, and the kids at school making fun of him because of that doesn’t make it any easier. These parts for me were quite tough to read, and I wanted to yell things like “what’s wrong with you, kid?!” in his face. The sadder part is that it’s 23 years later now and not much has changed when it comes to these things.
Jack really got that feeling of J.D. Salinger’s Catcher in the Rye. I think that especially those who like Catcher in the Rye will enjoy Jack. 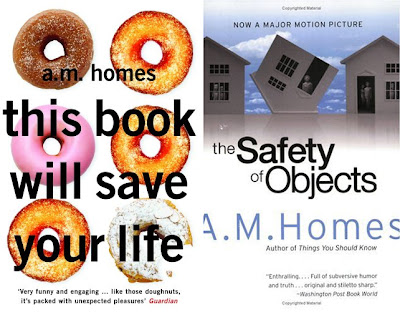 The books I’ve read by Homes so far apart from Jack are This Book Will Save Your Life and The Safety of Objects. Apparently, people often asked Homes whether or not she’d ever write a ‘happy book,’ and This Book Will Save Your Life is the book she wrote in answer to that. It’s a unique story, sometimes rather weird, but very sweet overall, as you can tell from the cover. This is the book I suggest to friends who want a feel-good book to read. The Safety of Objects, on the other hand, was made into a movie in 2001. I’d watched the movie after I read the book. It doesn’t come close to Homes’s craftiness in story-telling, but it’s not a bad movie either. Among the actors in the movie are Glenn Close, Dermot Mulroney, Joshua Jackson, Timothy Olyphant, Mary Kay Place, Patricia Clarkson and Kristen Stewart. You can watch the trailer here:
I found out that Jack was translated into a TV-movie, but I unfortunately haven’t been able to get a hold of it.
]]>